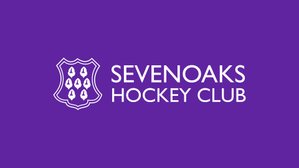 We are very sorry to advise that David Penwarden, one of our longest standing Vice-Presidents, died on Monday 27th October

We are very sorry to advise that David Penwarden, one of our longest standing Vice-Presidents, died on Monday 27th October peacefully at Pembury Hospital after a period of illness.

David joined the Club as a schoolboy in the mid-1950s and apart from playing for Spencer whilst training to be an accountant in London he became an ever present on the hockey field in Sevenoaks for the next 25 years. He played for all of the Club’s top teams and was vice-captain of both the 2nd and 3rd XIs for several years. Off the field, David served as Honorary Treasurer of the Club in the late 1960’s, becoming the Club’s Honorary Auditor for several years after that. An all-round sportsman, David played cricket for the Vine Cricket Club and also enjoyed other sports including squash.

David remained a keen supporter of the Club and regularly came to watch matches. He will be remembered and much missed by all who knew him as a fine sportsman and a good friend with a warm and gentle sense of humour. Our thoughts are with Valerie and the family at this sad time.